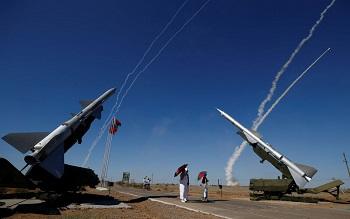 Europe faces the greatest risk of war in 30 years.

An unnamed Russian diplomat listed a number of conflicts in which Russia is allegedly involved.

"We are facing the possibility of a major military escalation in Eastern Europe. We must focus on a peaceful solution to the conflict around Ukraine," he said.