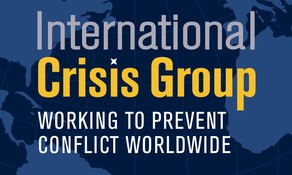 Resumed military escalation would likely be far more destructive than the April flare-up.

This was stated in a report of the International Crisis Group on the Nagorno-Karabakh conflict .

The organization states that, there is a serious risk that long-range ground-to-ground missiles would be used and casualties, particularly civilians, be much higher in the effort to gain a decisive ground advantage: "In the wake of the April fighting, the publics in Armenia and Azerbaijan are more ready for military solutions than at any time in 25 years."

Commenting on the role of third countries in resolving the conflict, the ICG declares that Russia sees itself as the regional arbiter which is bound to intervene, not least because of its tight treaty relations with Armenia: "Turkey has military cooperation, a critical energy partnership and close political and economic relations with Azerbaijan. Moscow’s and Ankara’s ties are strained. Iran is still defining its approach to the region but has flagged an interest in a greater role. Interests do align in pushing for progress on the NK conflict, but Moscow, which profiles itself as the key mediator and security guarantor, also seeks thereby to strengthen its strategic stake a region it considers a sphere of privileged interest."

Regarding the role of the EU, the organization notes the European Union should continue to give its strong political support to the Minsk Group: "The EU should also plan what substantial expert and financial contribution it could make to a future post-conflict reconstruction effort, including restoration of communications."

Finally, the ICG says that the OSCE High Level Planning Group should step up preparatory work on a future peacekeeping force, including by exploring possible contributions: "There will be much politics around the composition, but discussion is needed to galvanise planning".