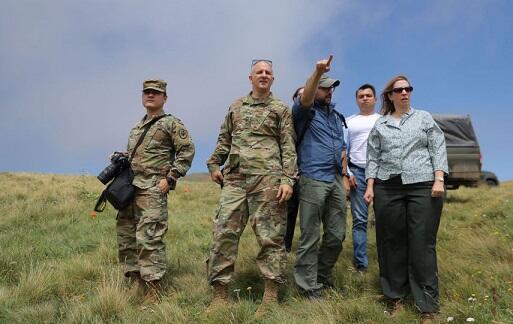 Axar.az reports that the ambassador met with the governor of the region Robert Gukasyan.

The Armenian governor thanked the ambassador for the programs implemented in Zangazur with US investments. He called the ambassador's regular visit to Zangazur an example of support for residents.

Ambassador Tracy discussed with the Armenian governor socio-economic, road construction, agricultural, as well as economic diversification and development of Zangazur.

The ambassador also stressed the tourism potential of the area.

It should be noted that L. Tracy, who is distinguished among the US ambassadors for his strong pro-Armenian views, comes to Zangazur from time to time.