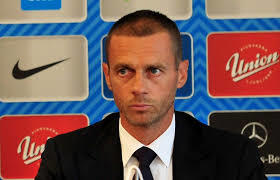 It is unbelievable that there is no stadium for the final of the Champions League in Italy. We talked about this with the President of the Italian Football Federation Gabriele Gravina.

Axar.az reports that the statement came from UEFA President Alexander Chafer in an interview with La Gazzetta della Sport.

"More stadiums are needed. Turkey is a strong candidate for the 2032 European Football Championship," Chaferin said.

Earlier, UEFA said that Turkey was among the countries officially bidding to host the 2028 and 2032 football championships.