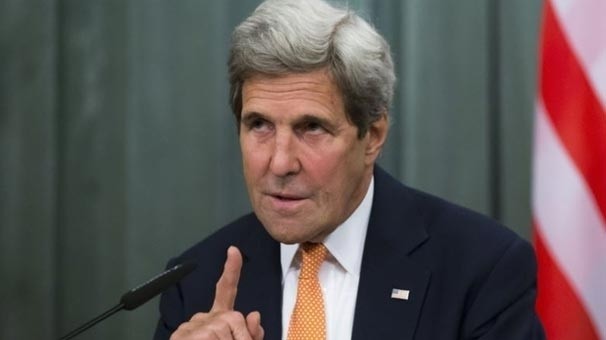 The US is awaiting a formal plea to turn over a Pennsylvania-based cleric suspected by Turkey of inspiring a military coup attempt, said Secretary of State John Kerry dismissing as “irresponsible” any accusation of US involvement in the uprising, Bloomberg reports.

“We have not had a formal request for extradition that has to come in a formal package” and be sent to the Justice Department, Kerry said on CNN’s “State of the Union” broadcast on Sunday. “Give us the evidence, show us the evidence. We need a solid legal foundation that meets the standard of extradition in order for our courts to approve such a request.”


Turkish President Recep Tayyip Erdogan on Saturday challenged President Barack Obama directly to turn over Fethullah Gulen, an Islamic preacher who lives in exile in rural Pennsylvania, saying Turkey’s NATO ally needs to do what is necessary “if we are truly strategic partners.”


Kerry said that in one of three conversations he had Saturday with Turkey’s foreign minister, “I reiterated that the faster they get us the evidence, not allegations but evidence, we will immediately evaluate it.”