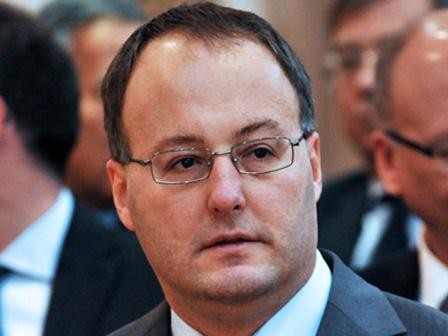 Ciobanu made the remarks July 18 at the event on the occasion of his diplomatic mission’s completion in Baku.

The ambassador said the cooperation between Azerbaijan and Romania has strongly developed in all fields during his diplomatic term since November 2011.

“I want to express my warmest gratitude to Azerbaijani authorities for their permanent support during my mission,” said Ciobanu.

The diplomat noted that during these years, firstly, an expansion of political dialogue was achieved through joint visits.

Secondly, the cooperation at the level of the two countries’ Ministries of Foreign Affairs intensified and the first ever official visit of Romanian Prime Minister to Azerbaijan took place, he added.

Thirdly, the export of Romanian goods to Azerbaijan increased significantly over four years, and the figures of the last two years were the best in the history, said the diplomat.

Azerbaijan and Romania consolidated cooperation in the field of energy, he noted adding that the two countries also diversified bilateral relations in the cultural field.

Last, but not least, Romanian embassy successfully fulfilled the tasks of NATO coordinator in Azerbaijan, said the ambassador.