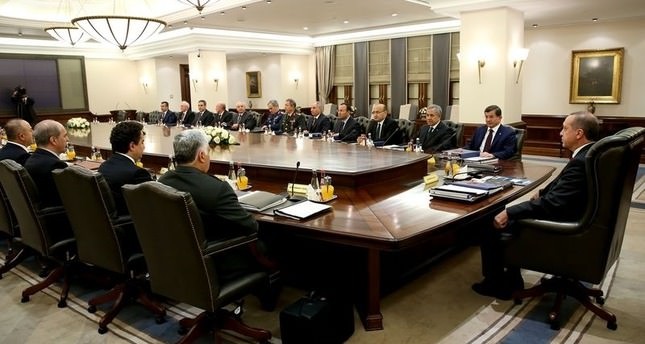 Recep Tayyip Erdogan said Tuesday. "Our government is in an important preparation and hopefully we will convene the National Security Council on Wednesday,” he told a crowd gathered outside his Istanbul residence in the Kisikli neighborhood.


Following the meetings, the Council of Ministers will gather and “announce an important decision”, he said. “I will not tell you now," he added.

"We will hopefully overcome this process one way or another. Now, efforts are going on in a very good way,” he said.

At least 208 people, including members of the security forces and civilians, were martyred in Istanbul and Ankara and nearly 1,500 others wounded as they protested against Friday’s attempted coup in which helicopter gunships and jet fighters targeted public institutions and anti-putsch protesters.


The Turkish government says the failed military overthrow was organized by followers of U.S.-based preacher Fetullah Gulen, who is accused of a long-running campaign to overthrow the state through supporters within Turkish institutions, particularly the military, police and judiciary, forming the parallel state.