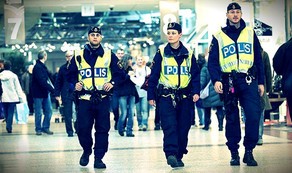 A record number of terrorist attacks were planned, foiled or carried out in European Union countries last year, with the UK reporting the highest number of attacks.

EU law enforcement agency Europol said that there were 211 attacks in 2015, the highest since records began in 2006.

Of those, the UK had the highest with 103 attacks, thought mostly to have been in Northern Ireland.

The largest proportion of arrests in the EU were linked to jihadists.

After the UK, the next highest number of attacks saw 72 carried out in France with 25 in Spain.

According to the agency's EU Terrorism Situation and Trend Report, 687 people were arrested for jihadist terrorism, of whom 94% were found guilty.