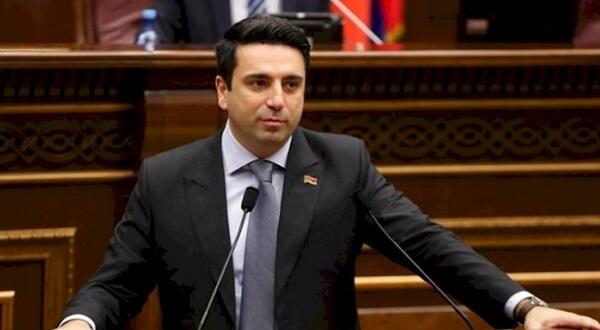 A delegation headed by the Speaker of the Armenian Parliament Alen Simonyan will visit Moscow.

Axar.az reports that the information was released by "Sputnik Armenia".

The visit will last until December 4-6. The delegation includes Akop Arshakyan, Deputy Speaker of the Armenian Parliament, Andranik Kocharyan, Chairman of the Commission on Defense and Security, and Tigran Abramyan, a deputy of the "Sharaf Durram" bloc.

It should be noted that a meeting of the Parliamentary Assembly of the Collective Security Treaty Organization will be held in Moscow.