Toxic substances from Armenia are discharged into the rivers 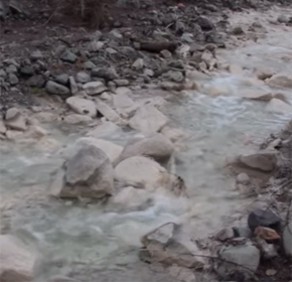 This information has been shown in statement of “All-Armenian Egolocigal Front” initiative group.

İn addition, this mine has been operating since February 2014. So far, 130 million dollars have been invested in the mine. In total, it is expected that 320 million dollars will be invested. According to the spreading information, approximately 900 employees work there.

Shinikh (Snox) river flows through the village of the same name in the Lori region. In 2011, the population of the village is 2 561 people.

İt should be noted that, toxic waste from the copper- molybdenum plant in Armenia is discharged constantly into the river of Araz. Despite fact that, Azerbaijan and Iran have being raised the issue about this problem, but neither official Yerevan nor appropriate international organization took practical steps on solving this problem.

Armenia contaminates waters of Oxchuchay, the flowing river through territories of Azerbaijan and Armenia, with chemical poison. This river is left tributary of Araz. İt crosses through district of Gafan in Armenia and district of Zangilan in Azerbaijan. The length of the river is 85 km and basin area of it is 1140 km².

The river takes its begining from mountain chain of Gapıchıg (3285m). The river is called “Voxchi” in Armenia.