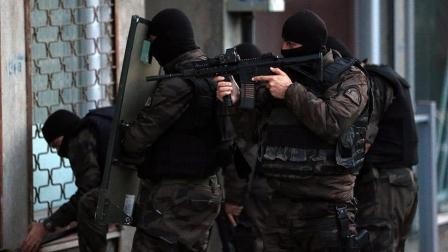 
The detentions were made in Basaksehir district, which is located on the European side of the port city.

According to the source, who spoke on condition of anonymity due to restrictions on talking to the media, the foreigners were mainly from Kyrgyzstan, Uzbekistan and Turkmenistan.

The suspects were believed to be planning major terrorist strikes in the country after the July 15 foiled coup when they were nabbed by police.


Seven suspects will be sent to court, while 22 foreigners are expected to be deported, the source added.


U.S.-based preacher Fetullah Gulen is accused of a long-running campaign to overthrow the state through infiltrating into Turkish institutions, particularly the military, police and judiciary, forming what is commonly known as the parallel state. Turkish government blames Gulen’s Fetullah Terrorist Organization for the July 15 coup attempt.