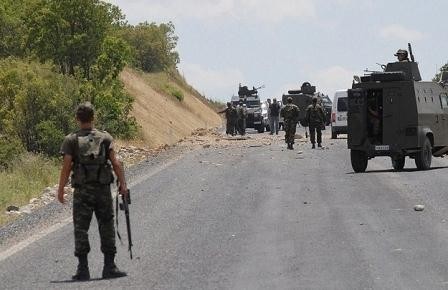 Five Turkish soldiers have been killed and eight more wounded in Uludere town of Sirnak when PKK terrorists detonated a remote-control car bomb placed in a road as a Turkish military vehicle passed.

Some of the wounded are in critical condition. A large-scale operation has been launched in the area.