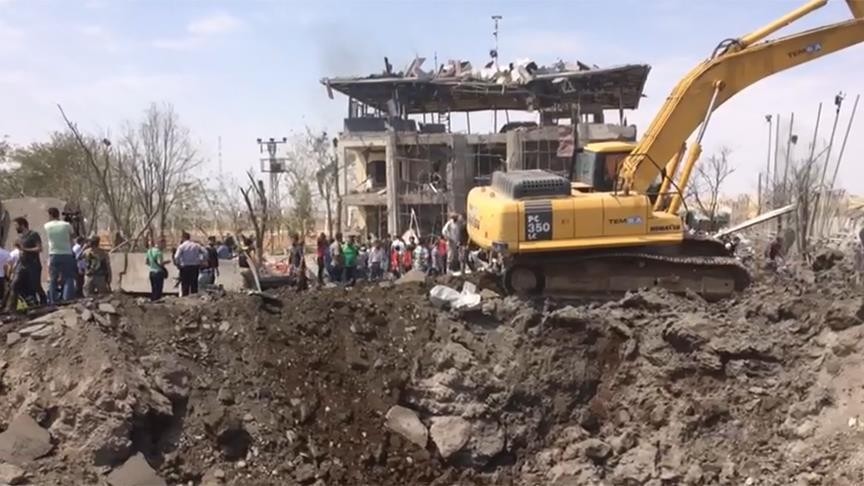 The death toll from today’s explosion outside a police station near Turkey's southeastern city of Diyarbakir has reached seven.

25 people who were wounded in the blast have been hospitalized.


Apart from the three casualties which were reported earlier today, four of the wounded—two civilians and two police officers—have died in hospital.


Two officers and one civilian were killed and more than 30 others wounded when a car bomb exploded outside a police station near Turkey's southeastern city of Diyarbakir on Monday, in an attack suspected to have been carried out by Kurdish PKK militants. Eight of the wounded are police officers, security sources said.


Footage on Turkey's CNN Turk television showed the blast left the building's concrete frame and twisted metal exposed with the windows entirely blown out and its roof partially collapsed. The explosion left a crater on the ground.