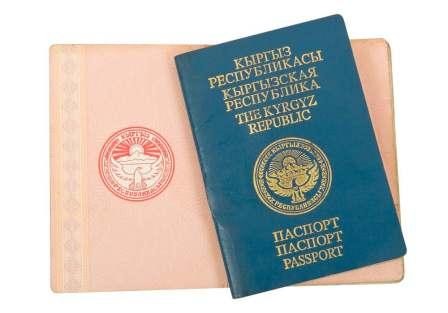 In May this year, 98 Uyghurs (a Turkic minority in China) were arrested at Istanbul’s Ataturk airport carrying Kyrgyzstan’s passports. The group was attempting to make a pilgrimage to Saudi Arabia’s holly sights. They had reportedly left on their Chinese passports from Urumqi (the capital of the Xingang Uyghur Autonomous Region). They bought tickets to Northern Cyprus and passed through passport checks with those tickets before meeting four men in the transit hall who passed them fake Kyrgyz passports and boarding passes for a flight to Jeddah, Saudi Arabia.

The failed Uyghur pilgrims were to be deported back to China (it’s not clear they have been already) and the four fake passport peddlers were detained by Turkish police. The fake passports reportedly costs 2,500 euro each and the tickets $300.

According to the head of the Kyrgyzstan’s passport authority, Taiyrbek Sarpashev, the counterfeiting ring is making a lot of money off Uyghurs trying to get to places like Saudi Arabia. “[The] average for Chinese citizens [to make the Saudi pilgrimage] costs between $10,000 to $20,000; the income of the criminal group is estimated to be more than $1 million,” he said.

Although the Kyrgyz have been issuing passports that fit international security standards for a decade, criminals are a step ahead. Using valid passports and valid identity info, the criminals make copies and substitute in the buyer’s picture.

Sarpashev denies that anyone in the passport agency has been working with the criminal group behind the counterfeiting ring, however the RFE/RL report says a former Kyrgyz justice minister “doesn’t think the official passports used in the scam could have been obtained and altered without inside help.”

What’s big business for the counterfeiters is a significant security risk: more than just pilgrims can get a hold of seemingly valid documents to cross international borders. RFE/RL‘s Kyrgyz service taped one of its correspondents meeting with a middleman in Osh, discussing how to obtain Kyrgyz passport documents for non-Kyrgyz. There are myriad reasons for people to want to obtain fake travel documents. For the Uyghurs detained in May, it’s the Chinese government’s restrictive travel policies and the high cost of making the pilgrimage to Saudi Arabia. Others have more nefarious intent, such as people seeking to dodge the authorities on their way to Syria, for example.