Turkey sends an ultimatum to Germany 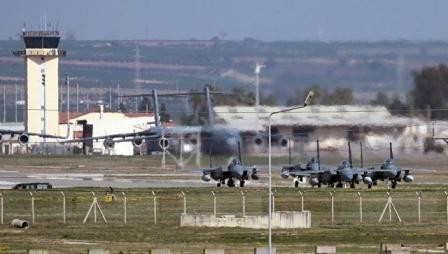 Turkey has sent an ultimatum to the government of Germany in connection with the planned visit of German deputies in the "Incirlik" military base.

Der Spiegel reports that since June, Ankara prohibits delegation of German parliamentarians to visit the airbase, which deployed the Bundeswehr forces participating in the operation against the ISIL.


According to Der Spiegel, the Turkish side is ready to allow the visit, if the German government has distanced itself from the resolution of the Bundestag on the recognition the events of 1915 as "genocide".

"We can live with the fact that the Bundestag has adopted such a decision, but the German government should make it clear that the term of genocide has no legal significance" - Commented a senior Turkish diplomat said.

German Foreign Minister frantically trying to find a solution that will enable all parties to "save face", the newspaper notes.

During his visit to Turkey this week, Minister of State for European Affairs Michael Roth said that in the resolution of the Bundestag is indicated the responsibility of German Empire cooperated with Ankara. The document, he said, is not directed against