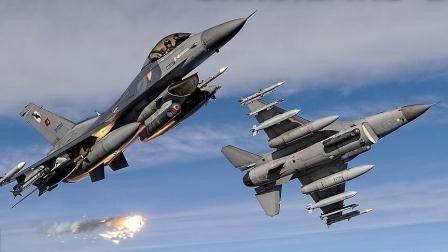 In a statement, the Turkish General Staff said the air operation took place in the rural Cukurca district.


In a separate incident, Turkish security forces killed a PKK terrorist in Cukurca, a security source said on condition of anonymity due to restrictions on talking to the media.


The PKK -- listed as a terrorist organization by Turkey, the U.S. and EU -- resumed its 30-year armed campaign against the Turkish state in July 2015. Since then, more than 600 security personnel have been martyred and more than 7,000 PKK terrorists killed.