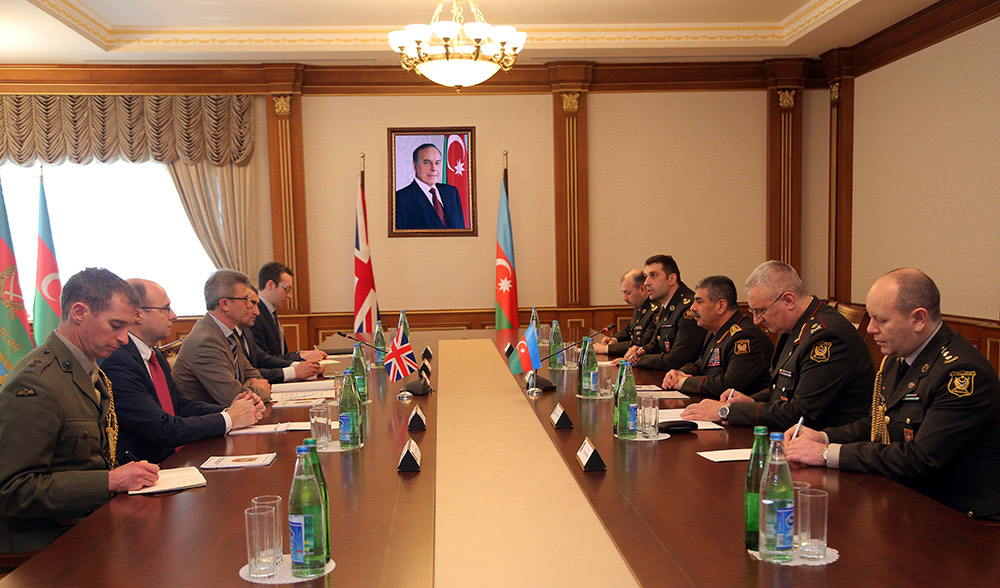 On March 9, the Minister of Defense of the Republic of Azerbaijan, Colonel General Zakir Hasanov met with the delegation headed by the Director for International Policy of the Ministry of Defense of the United Kingdom of Great Britain and Northern Ireland Nick Gurr.

A wide exchange of views on military education, in particular participation of representatives of the Azerbaijani Armed Forces in the "Military English Courses" has been held at the meeting, the main topic of which was a discussion of the regular staff negotiations between the Defense Ministries of Azerbaijan and Great Britain. It was noted that the number of Azerbaijani officers participating in these courses is growing every year, which is a very important achievement.

Informing the guests about the situation in the region, the Defense Minister stressed that Armenia's unconstructive position in the negotiations in connection with the settlement of the Nagorno-Karabakh conflict poses a serious threat to international and regional peace and security.

Recalling the fruitful meetings that Colonel General Z.Hasanov held in London in September 2016, N.Gurr noted that after this visit military cooperation between our countries is increasingly being developed.

Highly appreciating Azerbaijan's participation in the peacekeeping mission in Afghanistan, the guest stressed that the United Kingdom is interested in strengthening military ties with Azerbaijan.

Discussions on the prospects for military and military-technical cooperation, regional, maritime, energy security, as well as joint struggle against terrorism and other issues were also held during the meeting.