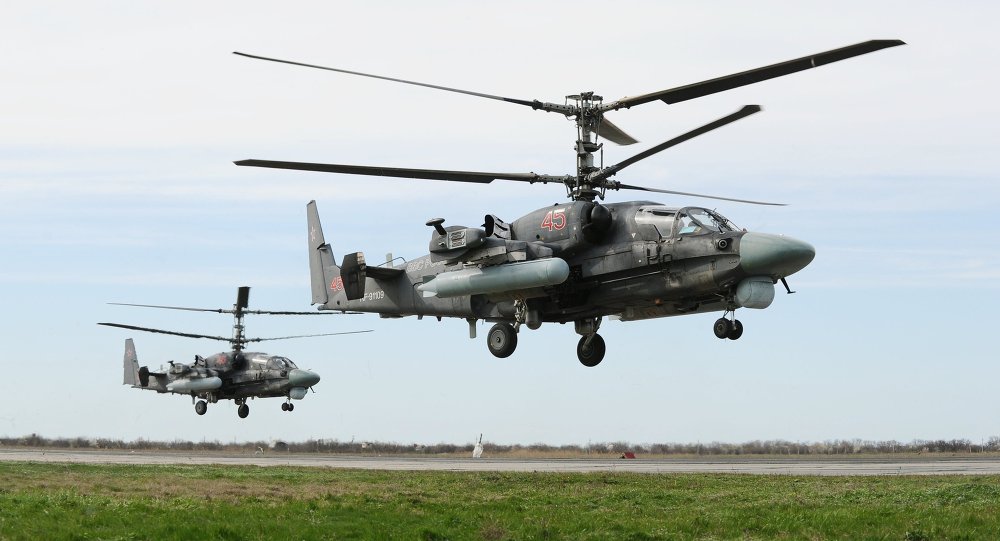 Russia’s Defense Ministry will get 14 Ka-52 Alligator combat helicopters by the end of this year. The choppers have been tested during the operation in Syria.

Russia’s Defense Ministry will get 14 Ka-52 Alligator combat helicopters by the end of this year, with a total of 50 choppers entering service by 2020, the deputy defense minister said Saturday.

"A delivery of 14 Ka-52 helicopters is planned for this year as part of the state military procurement program," Yuri Borisov said during a visit to an aircraft making plant in Russia’s Far East.

The Russian government is examining a procurement program for 2018-2025, the minister said during an inspection trip to the Progress factory in Arsenyev in the Primorye region, the manufacturer of Ka-52s.

Borisov said the Ka-52 had "proved itself" during Russia's Syrian campaign from April 2016 onward and would be modernized based on the feedback from the Defense Ministry.

"We have a few recommendations in light of the [Ka-52] practical work in Syria, we have discussed its modernization with… designers to improve the aircraft's efficiency," in addition to increasing the range of the laser-guided Vikhr missile it carries, he noted.