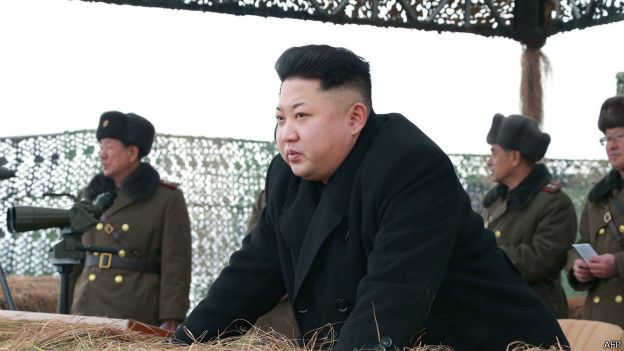 North Korea rejects Tuesday’s statement by the UN Security Council that condemns Pyongyang’s latest ballistic missile launch, and is set to go ahead with missile tests, a spokesman for the republic’s Foreign Ministry said in a statement on Friday.

Axar.az reports citing TASS that, "The DPRK categorically rejects the "presidential statement" of UNSC that flagrantly violated the right to self-defense of a sovereign state," reads the statement, published by the Communist state’s KCNA news agency.

According to the statement, the United States rejected Pyongyang’s initiative to ease tensions in the region by holding the Ulchi - Freedom Guardian exercise jointly with South Korea.

"Only actions speak to the U.S., not polite words," the statement reads.

In addition, the Foreign Ministry spokesman said that North Korea would continue to conduct ballistic missile tests targeting the Pacific with an aim to further develop its missile technology and increase the actual combat efficiency of its strategic force.

Early on Tuesday, Pyongyang launched yet another ballistic missile that flew over Japan’s northeastern territories and most likely splashed down in the Pacific some 1,180 kilometers east of Cape Erimo, Hokkaido. According to the South Korean military, the missile flew 2,700 kilometers, with maximum flight altitude of 550 kilometers.

Hours later, The UN Security Council condemned North Korea’s move in a statement adopted as a result of consultations behind closed doors.