Iran vows to send its rockets to Europe 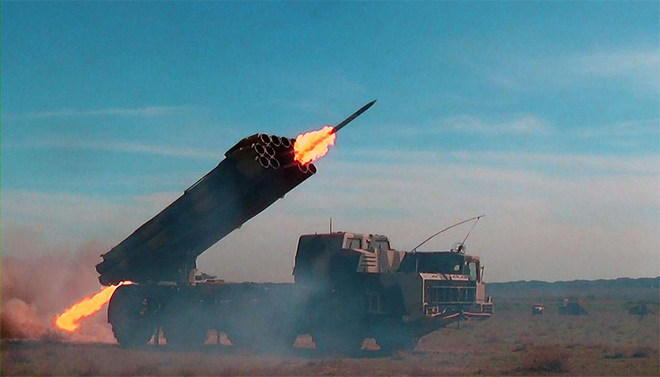 Deputy head of Iran’s Revolutionary Guards Brigadier General Hossein Salami threatened on Sunday that Tehran would increase the range of its ballistic missiles to reach Europe.

He said that its missile program was “non-negotiable”, vowing that Iran will develop them in a manner that would be able to confront the threat against them.

Salami stated that the ballistic missiles program is a guarantee for Iran’s “security, independence and diplomacy.”

He vowed that Tehran will never negotiate over its defensive capabilities because that would mean a surrender and a victory to the enemy without waging a war.

Meanwhile, head of the Guards military force, Major General Mohammad Ali Jafari, declared last week that the resistance front was formed in several regional and world countries, “which is promising for the future.”

He added that the war in Syria also had an ideological aspect, noting that resistance fronts are seen in “Hezbollah” in Lebanon, the Popular Mobilization Forces in Iraq and some groups in Yemen and other countries.