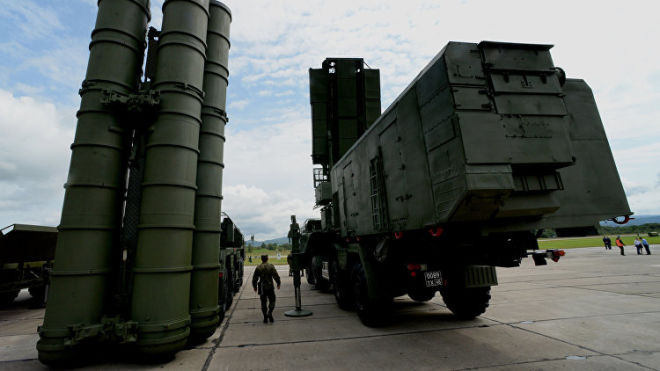 Turkish Deputy Foreign Minister Yavuz Selim Kiran has rejected media reports that the United States demands to cancel the deal on purchasing Russia’s S-400 missile system by the end of the first week of June, A Haber TV channel has reported.

"Nothing of that kind was at the official level. In March the US renewed its previous proposal on supplies of Patriot missile systems. Actually, we believe that this concerned this proposal," Kiran said during his visit to Washington.

At the meeting with representatives of Turkish mass media in the US capital, the deputy foreign minister noted that Ankara opposed the US sanctions under the "Countering America's Adversaries Through Sanctions Act" because the deal with Moscow on the S-400 had been signed before the law was passed.

The CNN on Tuesday quoted sources at the Department of State as saying Turkey had a two-week deadline to make up its mind regarding the purchase of US fighter-bombers F-35 and Russia’s air defense systems S-400. Washington demands Turkey sever the S-400 contract by the end of the first week of June or face negative consequences.

A group of US Congressmen, representing both the Democrats and the Republicans, on May 16 submitted for consideration of several committees of the US House of Representatives a resolution calling for sanctions against Ankara under CAATSA and also removing Turkey from the program on creating the advanced US fighter-bomber F-35 in case of the S-400 purchase.

The first reports about the talks between Russia and Turkey on the deliveries of S-400 air defense missile systems emerged in November 2016. Russia confirmed in September 2017 that the relevant contract had been signed. Turkey’s Defense Minister Hulusi Akar earlier said that the deployment of S-400 surface-to-air missile systems would begin in October 2019. Rostec CEO Chemezov said in December 2017 that the S-400 deal was worth $2.5 billion.

The S-400 Triumf is the most advanced long-range air defense missile system that went into service in Russia in 2007. It is designed to destroy aircraft, cruise and ballistic missiles, including medium-range missiles, and can also be used against ground installations.