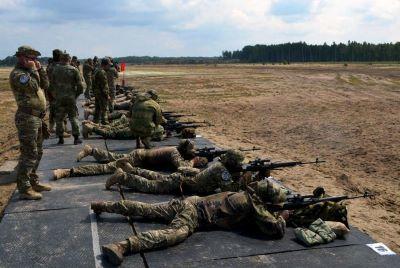 Azerbaijani snipers have obtained an opportunity to compete in the semifinals at the "Sniper Frontier" competition within the "International Army Games-2019", which is being held in Brest, Belarus.

According to the results of the draw, the Azerbaijani team will be the fourth team in a row which will compete in the semifinals.

While preparing for the next stage, the teams underwent rifle sighting and firing training to achieve accuracy in shooting, the ministry said.