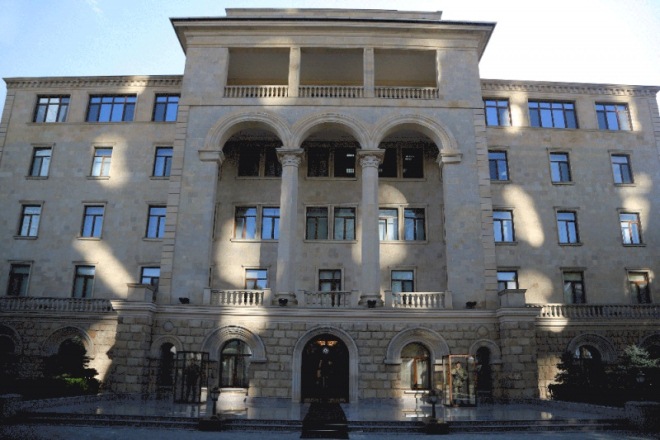 We regret to inform you that in the official information of the peacekeeping contingent of the Russian Federation published on the official website of the Ministry of Defense of the Russian Federation, the names of our settlements are still mentioned with fictitious Armenian toponyms. In addition, it is undesirable to mention the Karabakh economic region as "Nagorno-Karabakh territory" every time.

Axar.az reports that this was stated by the Ministry of Defense.

"We once again inform you that the list and map of residential areas of the Karabakh economic region of the Republic of Azerbaijan with Azerbaijani toponyms have been officially sent by Azerbaijan to the Ministry of Defense of the Russian Federation, the previous and current command of the Russian peacekeeping contingent temporarily stationed in the territory of Azerbaijan, as well as to the Turkey-Russia Joint Monitoring Center. and it has been repeatedly requested that these names be used in the data.

In the end, we bring to the attention of the Russian side that the official names of the Azerbaijani settlements, which they called "Mardakert" and "Martuni" in their official information dated November 26, 2022, are AGDARA and KHOJAVAND, respectively," the statement emphasized.