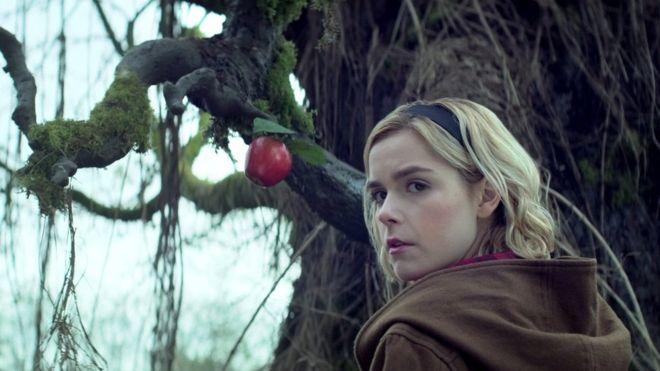 A Satanic group which sued Netflix and Warner Bros for $50m (£38m) over the new Sabrina series says it has "amicably" settled the lawsuit.

It alleged the icon - similar to their own - appears in four episodes of the series.

The group said it's settled the lawsuit but details will remain confidential.

The temple's founder Lucien Greaves responded to the news on social media saying the case had been "over publicised".