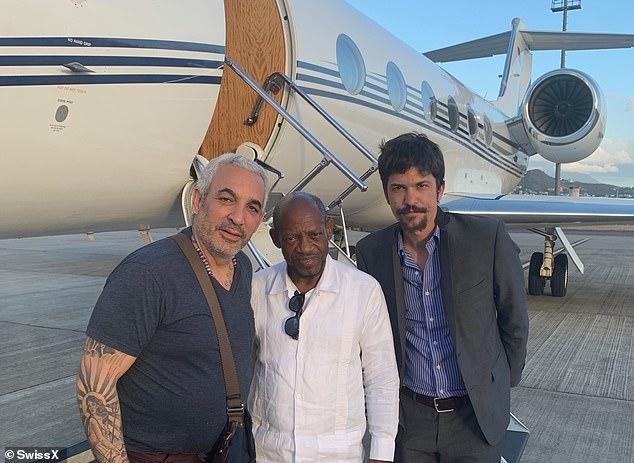 Greek Coca Cola heir Alki David has been arrested along with his fellow billionaire business partner after landing in St Kitts on a private jet with actor pal Jonathan Rhys Meyers accused of carrying $1.3 million worth of cannabis on board.

Axar.az reports citing Dailymail that, David, 50, and Chase Ergen, heir to satellite fortune, are said to have transported an estimated 5,000 cannabis plants as part of their new business to 'develop legal cannabis businesses in the region'.

But they were pulled aside by customs officials after landing and said to have been held for eight hours before being let go and then arrested as they tried to leave the island days later.

David's family business is the Leventis-David group, which owns the Coca-Cola Hellenic bottling plants. It is believed that were carrying hemp clone plants, hemp seeds and Swissx CBD oil products as part of their new venture.

In addition to being the founder of FilmOn.TV and Hologram USA, David also has a business selling oil extracted from cannabis plants, which he markets as a treatment for a range of conditions.

It has been endorsed by celebrities including rapper Snoop Dogg and fashion designer Donatella Versace.

And now appears to have landed him in hot water.

In a statement to The Daily Express St. Christopher and Nevis Police Force confirmed David had been charged with intent to supply, possession of controlled drugs and importation of a controlled drug into the federation.