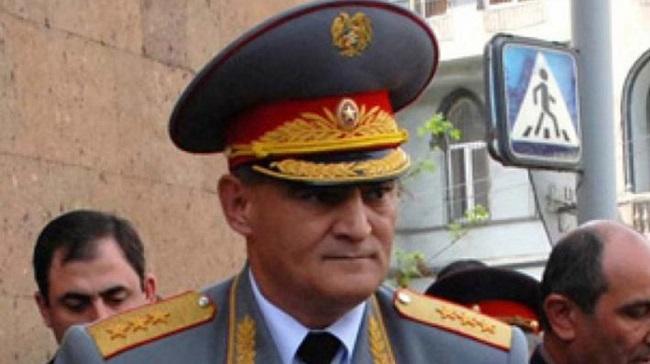 Former Chief of the Armenian Police Hayk Harutyunyan was found dead in his home in the village of Bjni in Kotayk Province on Monday, September 23.

Axar.az reports citing Armenian media that authorities received a report on the incident at around 11:59 pm, the Investigative Committee said in a press statement.

The ex-officers body was found with gunshot wounds in the head, the committee said.

In a preliminary examination of the crime scene, investigators found bloodstains, a firearm, and a cartridge.

A criminal case has been launched into causing someone to commit suicide or attempted suicide by means of threat, cruel treatment or harassment under Article 110 (Part 1) of Armenia’s Criminal Code.

An investigation is underway to figure out the details of the incident.

Harutyunyan was Armenia's Interior Minister from 1999 to 2003. He was Police Chief from 2003 to 2008. Later, he also headed the Penitentiary Department of the Ministry of Justice.