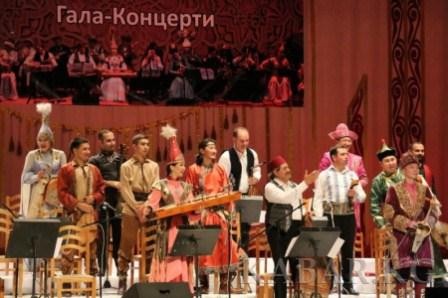 A concert of TURKSOY folk instruments orchestra has been held at Kyrgyz National Philharmonic hall named after T. Satylganov in Bishkek. The concert marked the 25th anniversary of independence of Azerbaijan, Kyrgyzstan, Kazakhstan, Uzbekistan and Turkmenistan. The concert featured music of Turkic-speaking countries.

TURKSOY orchestra was founded in 2016 on the initiative of the Secretary General of the organization.