Days of Russian cinema to be held in Azerbaijan 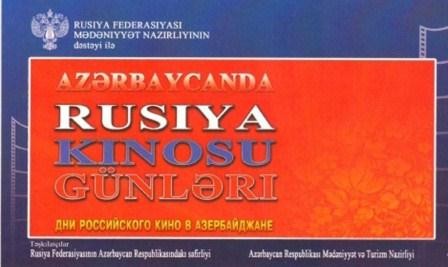 Azerbaijan will host Days of Russian cinema on October 10-14.

The opening ceremony of the Days will take place on October 10 at Nizami Cinema Center by the screening of Renat Davletyarov’s "The Pure art” film and a meeting with Russian filmmakers.

The Russian delegation, including Head of the Russian Cinema Fund Anton Malyshev, filmmaker and producer Renat Davletyarov, actress Evgenia Malakhova (Davletyarova), filmmaker Yuriy Vasiliev, producer of Mikhail Degtyar and the head of the producer center “Kinofest” Sergey Bragin will arrive in Baku to attend the event.

The event is co-organized by the Azerbaijani Culture and Tourism Ministry, Russian Ministry of Culture, studio "Fest-film", and "Nizami" Film Center.