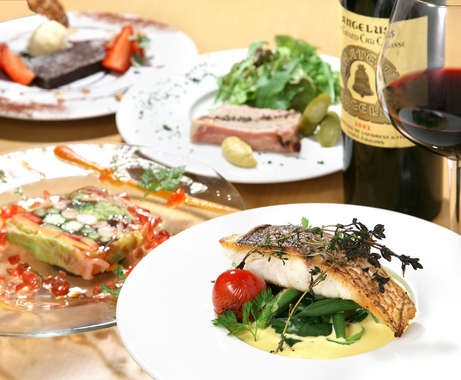 Azerbaijan’s capital city Baku will once again be an excellent place to discover French cuisine and to fall in love with it.

The second edition of this international event celebrated in a number of cities worldwide, will mark French cuisine’s recent listing in the “Intangible Cultural Heritage of Humanity” category by UNESCO, and its influence on the world.

In 1912, Auguste Escoffier started Les Dîners d’Épicure (Epicurean Diners): one day, one menu, served in cities around the world, to as many guests as possible. In 2015, the first edition of Goût de took the idea further, bringing all categories of restaurants together globally.

Over a 1,500 chefs in all five continents are expected to join the event, presenting delicious and traditional samples of French cuisine.

The restaurants, which are going to participate in the project will present a menu including breakfast accompanied by French champagne or wine, first course, main course, cheese and dessert.
Dinners served simultaneously in participating restaurants will honor the merits of French cuisine, its capacity for innovation, and its values: sharing, enjoying, and respecting the principles of high-quality, environmentally responsible cuisine.

Three prestigious restaurants of Baku will also present creative and surprising menu: Paris Bistro will present the menu on March 15, Hyatt Regency on March 16 and JW Marriott on March 17.
To promote the importance of proper nutrition and taste, famous French Tibo Bera will prepare dinner for the students of N132/134 school.