30 movies which will blow your mind 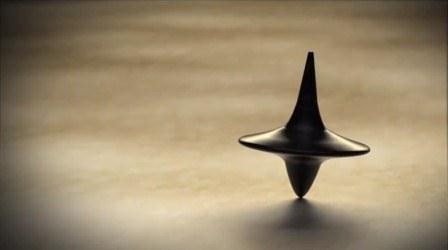 Sometimes we watch movies to relax... Some other times we just want to mindf.ck ourselves. If you are into pushing your intelligence to its boundaries, you should definitely check our list.

Walter Sparrow becomes obsessed with a novel that he believes was written about him. As his obsession increases, more and more similarities seem to arise.

A murder inside the Louvre and clues in Da Vinci paintings lead to the discovery of a religious mystery protected by a secret society for two thousand years -- which could shake the foundations of Christianity.

Four mathematicians who do not know each other are invited by a mysterious host on the pretext of resolving a great enigma. The room in which they find themselves turns out to be a shrinking room that will crush them if they do not discover in time what connects them all and why someone might wish to murder them.
27. Enemy (2013)

A man seeks out his exact look-alike after spotting him in a movie.

The story revolves around the passengers of a yachting trip in the Atlantic Ocean who, when struck by mysterious weather conditions, jump to another ship only to experience greater havoc on the open seas.

The final eight candidates for a highly desirable corporate job are locked together in an exam room and given a test with one question. It seems simple yet confusing, and soon, tensions begin to unravel.

This movie focuses on the attempts of a psychiatrist to prevent one of his patients from committing suicide while trying to maintain his own grip on reality.

A historian races to find the legendary Templar Treasure before a team of mercenaries.

Adopted from Philip K. Dick’s short novel, this movie is about the affair between a politician and a contemporary dancer is affected by mysterious forces keeping the lovers apart.

On a troubled day in Madrid, with strike and protest against the World Bank and the IMF on the streets, major corporation Dekia holds interviews to recruit a top executive from seven applicants. Their doubts start when they have to sign a clause accepting the Grönholm method, which nobody had ever heard of. It soon becomes clear the tests are dirty mind games, but never what is true and what is the trick. They must guess who among them is the HR mole, and repeatedly eliminate one of their number from the procedure. Their priorities, ethics and loyalty are put through stressing tests.

Stranded at a desolate Nevada motel during a nasty rain-storm, ten strangers become acquainted with each other when they realize that they're being killed off one by one.

Five close friends, all of them married, share a loft to meet their mistresses. One day, they find the body of a young woman in the loft. Since there are only five keys to the loft, the five men begin to suspect each other of murder.

The life of a time-traveling Temporal Agent. On his final assignment, he must pursue the one criminal that has eluded him throughout time.

A married couple's life is turned upside down when the wife is accused of a murder.

A soldier wakes up in someone else's body and discovers he's part of an experimental government program to find the bomber of a commuter train. A mission he has only 8 minutes to complete.

Detective Sherlock Holmes and his stalwart partner Watson engage in a battle of wits and brawn with a nemesis whose plot is a threat to all of England.

A serial killer in the San Francisco Bay Area taunts police with his letters and cryptic messages. We follow the investigators and reporters in this lightly fictionalized account of the true 1970's case as they search for the murderer, becoming obsessed with the case. Based on Robert Graysmith's book, the movie's focus is the lives and careers of the detectives and newspaper people.

An industrial worker who hasn't slept in a year begins to doubt his own sanity.

Two strangers awaken in a room with no recollection of how they got there or why, and soon discover they are pawns in a deadly game perpetrated by a notorious serial killer.

In a utopian future, Nemo is the oldest and last man to ever have the choice of immortality. The film explores Nemo as a young boy faced with an impossible decision: should he stay with his father or leave with his mother? The film is based around all of his possible lives that could occur, of which are all dependent on his one decision.

When Keller Dover's daughter and her friend go missing, he takes matters into his own hands as the police pursue multiple leads and the pressure mounts. But just how far will this desperate father go to protect his family?

Troubled adolescent, Donnie Darko, receives a disturbing vision that the world will end in 28 days. With the help of various characters, including a 6 foot rabbit called Frank, he slowly discovers the mysterious physical and metaphysical laws that govern his life and that will lead up to the destruction of the universe.

U.S. Marshall, Teddy, and his partner, Chuck, travel to a secluded island home to a mental facility called Shutter Island. The reason for Teddy's arrival is to investigate the disappearance of a missing patient, named Rachel. As Teddy and Chuck dive deeper into their investigation to find out where Rachel has gone, they reveal the dark secrets of Shutter Island.

Memento chronicles two separate stories of Leonard, an ex-insurance investigator who can no longer build new memories, as he attempts to find the murderer of his wife, which is the last thing he remembers. One story line moves forward in time while the other tells the story backwards revealing more each time.

Two stage magicians engage in competitive one-upmanship in an attempt to create the ultimate stage illusion.

Archaeologist and adventurer Indiana Jones is hired by the US government to find the Ark of the Covenant before the Nazis.

A sole survivor tells of the twisty events leading up to a horrific gun battle on a boat, which begin when five criminals meet at a seemingly random police lineup.

A thief, who steals corporate secrets through use of dream-sharing technology, is given the inverse task of planting an idea into the mind of a CEO.