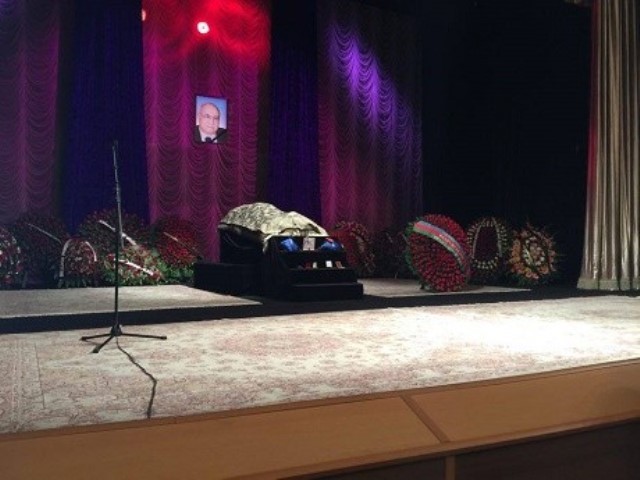 The farewell ceremony is being held for the national writer Magsud Ibrahimbayov in Azerbaijan State Academic Drama Theatre.

Late writer’s brother Rustam Ibrahimbayov, Head of Department of Humanitarian Policy Issues of the Administration of the President of the Republic of Azerbaijan, Fatma Abdullazada, the rector of the Baku branch of Moscow State University, Nargiz Pashayeva, chairman of the Union of Artists of Azerbaijan, Farhad Khalilovand a number of governmental representatives, public figures are participating in the farewell ceremony.

In addition, popular writer who died yesterday at the age of 81, will be buried at First Alley of Honor.