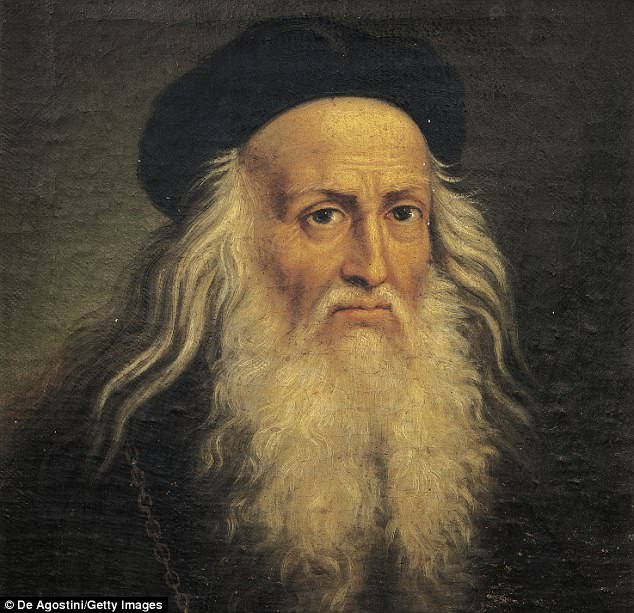 Da Vinci's mother, Caterina di Meo Lippi, was an orphan living in a farmhouse with her grandmother on remote hills a mile from Vinci when she became pregnant.

New research reveals that the vulnerable girl was only 15 years old when she was seduced by an older lawyer and became pregnant with Leonardo.

Art historians have long struggled to find out about the life of the artist's mother with speculation that she was a slave from Africa or China but new research reveals the truth is closer to home.

According to a new book by Professor Martin Kemp, emeritus professor of art history at Oxford University local girl Caterina became pregnant with a 25-year-old lawyer called Ser Piero da Vinci who was working in Florence.

Leonardo, who who was born on 14 April 1452, was probably brought up in Ser Piero's father's house, which Dr Kemp discovered by looking through archives, namely tax returns, which noted there was an illegitimate son living in the house.

Caterina was married off to a local farmer called Antonio di Piero Buti and Ser Piero da Vinci was also married to someone else.

Caterina went on to have a second son and four daughters.

'There is a note in Leonardo's notebooks, in 1494 in Milan, saying 'Caterina came to stay',' Dr Kemp said.

Researchers found a note written by Leonardo to pay her funeral expenses and Milan funeral records relate to someone called Caterina from Florence.

'You put those three things together, and she died within a year of arriving at Leonardo's', said Dr Kemp.
Dr Kemp described her end as 'quite a romantic end to what is otherwise a melancholy story.'