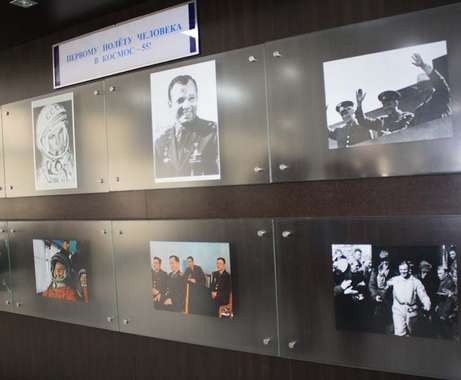 The Russian Information and Cultural Center in Baku hosted an event dedicated to the first cosmonaut, Yuri Gagarin, and his space travel.

The participants also showed a great interest in the book about the history of space travel, recently donated by astronaut Yuri Baturin, who congratulated all participants with the World Day of Aviation and Astronautics (April 12).

The event was attended by delegation of Dagestan Ministry of Tourism headed by Deputy Minister Murad Hajiyev.

In his speech, the head of Rossotrudnichestvo`s Representation in Azerbaijan, Valentin Denisov talked about the role of Azerbaijani scientists in space researches.

"It was a common victory of all Soviet people. Azerbaijani scientists actively participated in space researches, and the chairman of the State Commission for Flight Testing was Azerbaijani," said Denisov.

Russian cosmonaut Yuri Gagarin became the first human to travel into space when he launched into orbit on the Vostok 3KA-3 spacecraft (Vostok 1) on 12 April 1961.

Over 2,000 Russian military pilots were considered for the first human space flight. . After passing through rigorous physical and psychological testing, he was chosen to fly aboard Vostok 1.

After that, Gagarin became an international celebrity, and was awarded many medals and titles, including Hero of the Soviet Union, the nation's highest honour.

Later, he became deputy training director of the Cosmonaut Training Centre outside Moscow, which was later named after him. Gagarin died in 1968 when the MiG-15 training jet he was piloting crashed. The Yuri Gagarin Medal is awarded in his honor.