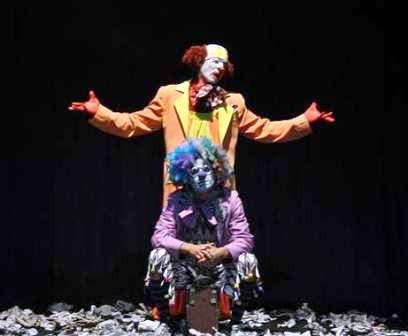 Azerbaijan State Theatre of Young Spectators has been invited to participate in the 17th International Black Sea Theatre Festival, which will be held in Trabzon (Turkey) on May 2-15.

The Azerbaijani theatre will be represented by 'The old clown' spectacle of Romanian playwright Matei Vișniec.
The production tells the story about a tragic fate of the old clown.

Matei Visniec is a Romanian-French playwright, poet and journalist living in Paris. He is internationally known especially for his writings in the French language. He became one of the most performed playwrights in the country, with more than 30 plays put on in Bucharest and other towns. In 1996 the National Theatre of Timisoara organized a Matei Visniec Festival with 12 companies presenting his plays.

Visniec received numerous literary awards: from the Union of Romanian Writers, the Romanian Academy, and other institutions and publications, including Observator cultural and Ziarul de Iasi. In France he has won awards at the Avignon Festival, and in 2009 he received the Society of Dramatic Authors and Composers European Prize for Lifetime’s.