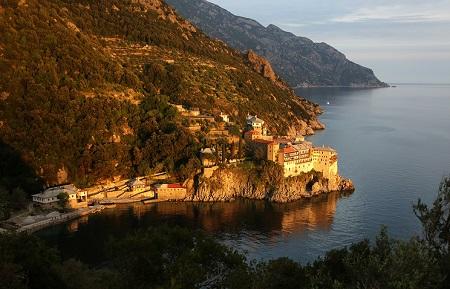 The number of Russians visiting Mount Athos, where an Orthodox monastic community functions under the jurisdiction of the Patriarchate of Constantinople, has fallen as a result of the dispute between the Russian Orthodox Church and Constantinople, Russian Ambassador to Greece, Andrey Maslov.

"As far as we know, the flow of pilgrims from Russia to Mount Athos continues, although it has decreased," he stated.

"The conflict led by the Patriarchate of Constantinople is an inter-clerical one and is unable to impact Russian-Greek relations," the diplomat stressed. "According to the Moscow patriarchate, Russian pilgrims can visit the Holy Mountain, enter churches, communicate with the brethren, venerate the relics, but they cannot go to confession, or take communion."

On October 11, the Holy and Sacred Synod of the Ecumenical Patriarchate of Constantinople decided to proceed with granting autocephaly to the Ukrainian Church. It revoked the 1686 decision on transferring the Kiev Metropolitanate under the jurisdiction of the Moscow Patriarchate and reinstated the heads of two non-canonical churches in Ukraine, Filaret of the Kiev Patriarchate and Makariy of the Ukrainian Autocephalous Church, to their hierarchical and priestly ranks. In addition, it announced plans to bring back the Kiev Metropolitanate under the jurisdiction of the Ecumenical Patriarchate.

On October 15, the Holy Synod of the Russian Orthodox Church said in response to that move that full communion with the Ecumenical Patriarchate of Constantinople was no longer possible.