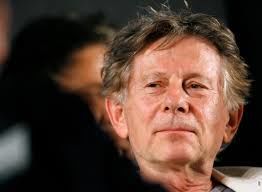 Director Roman Polanski, a fugitive from the United States for four decades after pleading guilty to having sex with a minor, is suing the organization behind the Academy Awards in a bid to reinstate his membership.

The Academy of Motion Picture Arts and Sciences' Board of Governors voted to expel Polanski and comedian Bill Cosby following longstanding sexual assault allegations against both men that angered and inspired the #MeToo movement.

In September, Cosby was convicted of sexual assault and sentenced to three to 10 years behind bars.

The academy cited violation of its code of conduct when it ejected Polanski and Cosby last year.

The lawsuit filed Friday asks Los Angeles Superior Court to order the academy to reinstate Polanski, who won the Oscar for best director for his 2002 film "The Pianist."

It argues that the academy violated its own rules for expelling members and that Polanski has been a member in good standing since 1968.

A letter dated Thursday from Polanski's attorney, Harland Braun, asks the academy to "prepare and produce" documents related to the ejection.

"He got thrown out with an anonymous letter," Braun said Friday. "If the academy gives him a fair hearing he'll get to present his side. We just want a fair hearing."

The filing states that after Polanski appealed the ejection, he was notified Jan. 26 that his request for reinstatement was rejected. It argues that the academy failed to abide by its own rules, which it says require "a reasonable opportunity for the member to be heard."

The academy but did immediately respond Friday to a request for comment.