"The Pianist" producer dies at 90 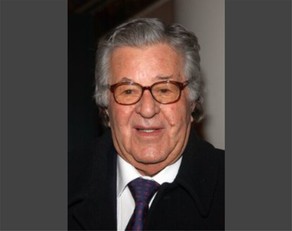 Gene Gutowski, a Polish-US Holocaust survivor who produced Roman Polanski's The Pianist, has died at the age of 90.

According to the Associated Press, G.Gutowski died of pneumonia in hospital in Warsaw on Tuesday.

He collaborated with Polanski on three films in the 1960s before reuniting for 2002's The Pianist, which won three Oscars.

Polanski previously called Gutowski "one of the most important figures in my existence", crediting him with launching his international career.

The Gutowski-Polanski collaboration in the 1960s resulted in the 1965 psychological horror film Repulsion, starring French actress Catherine Deneuve, followed by Cul-de-Sac (1966) and The Fearless Vampire Killer (1967).

Gutowski was born Witold Bardach on 26 July 1925, in Lwow, Poland, into a family of lawyers, doctors, concert pianists and army officers.

His youth was shattered by World War Two and the loss of his family in the Holocaust.

After the war, he worked for US military intelligence hunting Nazis in post-war Germany, and emigrated to the US in 1947.