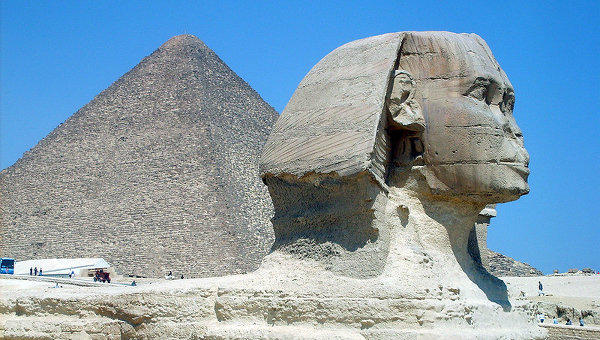 It is not immediately clear where the underground tunnels beneath the Sphinx might ultimately lead to, but researchers hope that they will show them the way to undiscovered treasures.

Axar.az reports citing Daily Express that while archaeologists ponder on what mysteries might be concealed beneath the famous ancient Egyptian monument known as the Great Sphinx of Giza, a new theory suggests that an underground cavity located below the landmark might lead the way to the treasure of a legendary pharaoh.

"Generations of ancient Egyptians came to respect and fear this otherworldly creature, really believing that it had supernatural powers. And the fascination with the Sphinx shows no sign of letting up. Archaeologists are investigating under the statue because there are tantalizing clues that the Sphinx sits right on top of a network of chambers and tunnels," she said.

"The truth is, we have absolutely no idea what these were used for, but it’s a mystery that researchers are currently trying to solve. And some are hopeful that these hidden tunnels may lead us to new, undiscovered treasures," she noted.