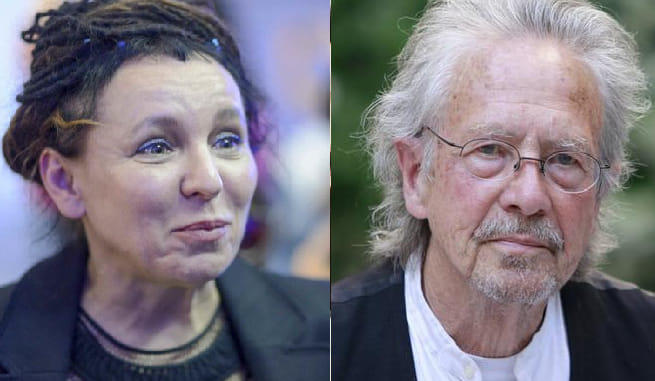 Several members of the Swedish Academy that awards the prize stepped down last year including the permanent secretary after 18 women accused the husband of an academy member of sexual assault.

Handke was awarded for "influential work" that explored "the periphery and specificity of human experience". Tokarczuk was awarded for "a narrative imagination" that "represents the crossing of boundaries as a form of life".

The literature prize has so far only been awarded to only 14 women. The prize has only been shared between two individuals four times.