Baku will host an international tournament 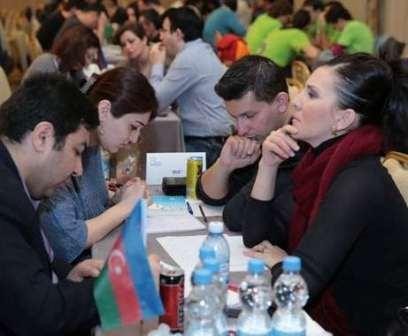 Baku will host an international tournament on intellectual games "Znatokiada-Caspian Cup 2016" on May 27-30.

The large-scale tournament to hold at Baku Fairmont hotel will be attended by foreign players.

“Caspian Cup” is taking place for the fourth time in a row. This year the tournament will be combined with the international festival "Znatokiada", which is greatly expanded the program and increased number of participants, said Faiq Huseynov, the organizer of the tournament.

As part of the tournament, supported by the Youth and Sports Ministry as well as the Fairmont Hotel, intellectual games such as "What?Where?When?" and "Brain-ring" and world Championships on national intellectual game "Khamsa and "Jeopardy" will be held.

The initiative "Smart city – Baku" will hold pub quiz "Pakhlava-quiz". During the tournament, foreign and local participants will be able to check the knowledge about Azerbaijan.