"Oscar" will be presented to the winners 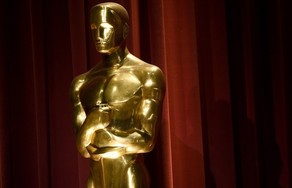 The 88th Academy Awards ceremony, presented by the Academy of Motion Picture Arts and Sciences (AMPAS), will honor the best films of 2015 and is scheduled to take place on February 28, 2016, at the Dolby Theatre in Hollywood, California beginning at 5:30 p.m. PST.

During the ceremony, AMPAS will present Academy Awards (commonly referred to as Oscars) in 24 categories. The ceremony will be televised in the United States by ABC, and will be produced by David Hill and Reginald Hudlin and directed by Glenn Weiss. Actor Chris Rock will host the show for the second time, having previously hosted the 77th ceremony held in 2005