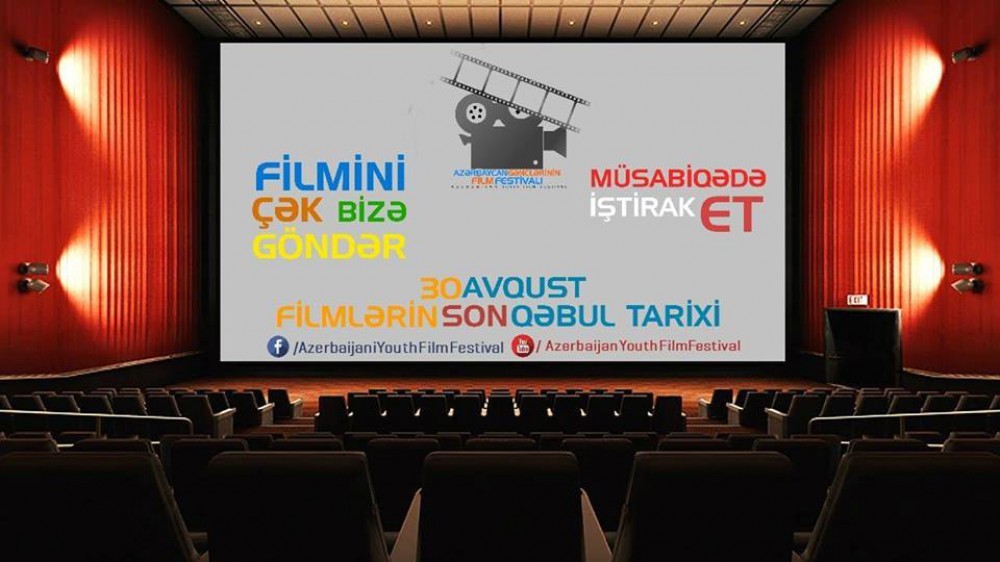 Azerbaijan Youth Film Festival in Baku to be held in Baku on September 7.

According to the festival’s social network page, short films made by youth between 13 and 22 years of age are going to be screened in Park Bulvar mall’s Park Cinema.

Those who want to participate can send their films on https://goo.gl/forms/Us9xotdKQUZGV2iG3 till August 30.

At the end of the festival an award ceremony is going to be held.