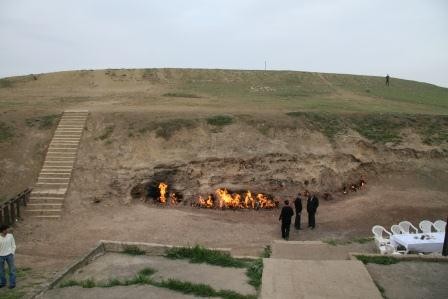 A theft has occurred in Absheron district.

Report informs, the case took place at Yanardagh state historical-cultural and nature reserve of the Ministry of Culture and Tourism.

Thus, historical exhibit was stolen from Ali dashy area of the reserve.

Notably, according to the order of the President of the Republic of Azerbaijan dated May 2, 2007, territory of Yanardagh has been declared a historical-cultural and nature reserve. The reserve area is 64.55 hectares. The area includes Qurd yuvası, cemetery of thousand years and old mosque, Qotur su spring, Ali daşı, Kardashy, Qyrmaki valley and Yanardagh.