Azerbaijani artist to perform in Germany and Netherlands 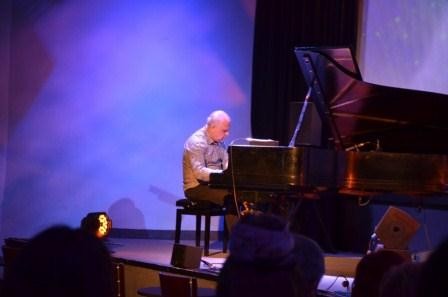 Salman Gambarov, Azerbaijani jazz pianist and composer, head of the Pop and Symphonic Orchestra at the Rashid Behbudov State Song Theater, Honored Artist, will take part at the “Stars from All Eastern Countries” concert in the cities of Germany and Netherlands.

The musician told that he would perform the works of world musicians and his improvisations he made from separate classical jazz samples in the cities of Osnaburg and Amsterdam.

Salman Gambarov will also have to perform in duet with the French jazz musician and virtuous tuba player Michel Godard.