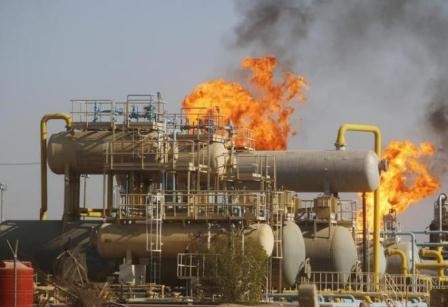 Oil prices came under pressure on Monday as Iraq said it wanted to be exempt from an OPEC deal to cut production, though losses were capped by Iran saying it would encourage other members to join an output freeze.

Iraqi oil minister Jabar Ali al-Luaibi said Baghdad wants to be exempt from any production cut the Organization of the Petroleum Exporting Countries is aiming to achieve.

Falah al-Amiri, head of Iraq state oil marketer SOMO, added that Iraq's market share had been compromised by the wars it has fought since the 1980s.

"We should be producing 9 million (barrels per day) if it wasn't for the wars," he said.

OPEC announced plans last month to reduce its output to between 32.5 million barrels per day (bpd) and 33 million bpd, from September's 33.39 million bpd. The group will iron out the details of how it will hit the target at its next meeting in Vienna on Nov. 30.

"A decision to cut to 33 million bpd should keep the crude price basis Brent in the $50-$60 band, not least because it shows that Saudi policy has changed, that OPEC is serious and can rise above political disagreements," David Hufton, of consultancy PVM, said in a note.

Iraq said it could raise output slightly this month from September's 4.774 million bpd.

Comments from Iran's deputy oil minister Amir Hossein Zamaninia, however, helped to push prices higher earlier in the session. He said Tehran would encourage other OPEC members to join an output freeze, adding that $55-$60 a barrel is a fair price to bring stability to the market.

Also pressuring the market was last week U.S. oil rig count, up by 11 for its first double-digit increase since August.[RIG/U]

"We should see rig counts continue to increase in the wake of the recent price rally," Morgan Stanley said.

Analysts said that oil markets, which have been dogged by two years of oversupply, might be rebalancing in terms of production and consumption.

"The market moved into a small deficit in Q3, will remain so in Q4 and then the deficit will expand significantly in 2017," Barclays bank said in a note to clients on Sunday.