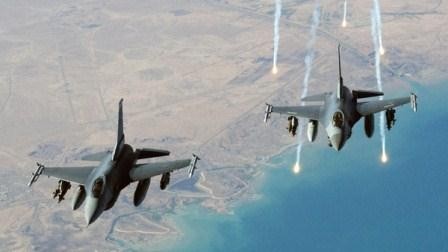 The Russian Defense Ministry reported new airstrikes on civilian residential areas in Iraq by the warplanes of the US-led coalition.

"The US continues to bombard the civilian dwelling areas in Mosul as well as in other settlements in Iraq's Nineveh Governorate," the chief of the Main Operational Directorate of Russia’s General Staff Lieutenant General, Sergey Rudskoy, said.

According to him, seen from a satellite image taken on October 15, there is a mosque and some private houses in front of it. While the image taken on October 30 shows the signs of a coalition airstrike that had targeted the building adjacent to the mosque. As a result of the airstrike, civilians in houses located less than 50 meters away from the airstrike target were wounded. The mosque was severely damaged.