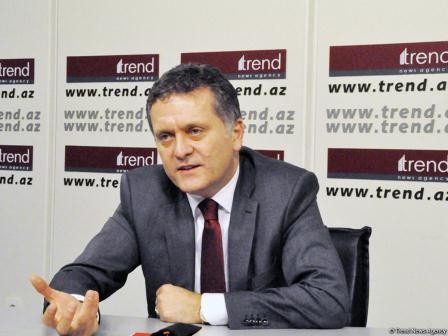 Azerbaijan is Turkey’s important partner in the region from the first day of its independence, Turkey’s Ambassador to Azerbaijan Ismail Alper Coskun said in an exclusive interview with Trend Feb. 11.

The relations between Turkey and Azerbaijan are not only friendly; Turkey trusts in Azerbaijan and counts on it, he said.

Azerbaijan and Turkey have great potential, he said adding that the two countries have jointly used this potential for over 20 years, which has led to the region’s development.

“The potential of Turkey and Azerbaijan is not directed against anyone,” said the diplomat.

The relations between the two countries have reached such a level that Baku and Ankara can together invest in third countries, and this is an obvious example of how the two countries can act in the globalizing world, he said.

During the Turkish President's alleged visit to Azerbaijan, said the diplomat, it is expected that the two presidents will discuss issues on energy, transport, economy, as well as regional issues.

He added that the discussion of other issues such as the development of relations in military, educational and cultural spheres is also expected during the visit.