Ukraine's Economy Minister: 2018 budget to be ready on time 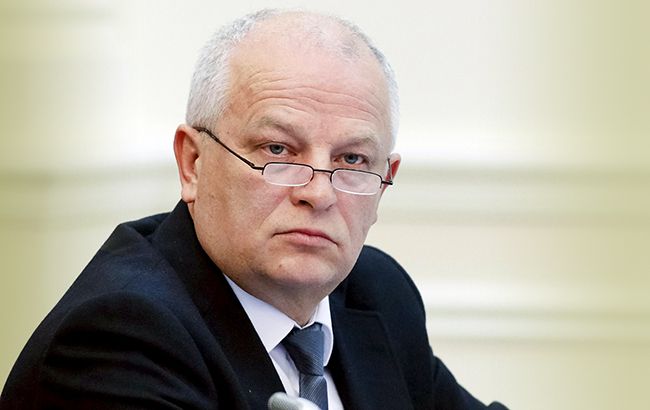 Ukraine's Minister of Economic Development and Trade Stepan Kubiv says the draft national budget for 2018 has already been endorsed by all ministries and is to be submitted to the Verkhovna Rada for consideration within the timeframe established by law, i.e. before September 15, 2017, according to an UNIAN correspondent.

"As of now, the revenue and expenditure parts of the budget have been approved by the ministries, and a joint meeting of the president, the prime minister, the chairman and representatives of the Verkhovna Rada has been held to ensure that the budget could be presented on time, that is by September 15, 2017," he told journalists. As UNIAN reported earlier, Ukraine's Finance Ministry started drafting next year's budget in July. On June 14, Ukraine's Cabinet of Ministers for the first time in the history of budgeting in independent Ukraine approved a medium-term budget resolution for 2018-2020 with economic growth indicators projected at 3%, 4% and 5% for the next three years, respectively.

"We've decided to change the approach itself and switch to medium-term budget planning. This means that the plan will be designed for at least three years: 2018, 2019 and 2020, where we clearly determine our economic indicators, budgets and priorities for the country in the next three years. We orient ourselves towards consistent economic growth: 2% [in 2017], 3%, 4%, 5%," Prime Minister Volodymyr Groysman said when introducing the resolution at a government meeting. In turn, Finance Minister Oleksandr Danyliuk gave more details about the document. In his words, the resolution suggests a reduction in the state budget deficit to 2% from 3% of GDP by 2020, public debt should shrink to 55% of GDP from 66.8% of GDP. In his words, the resolution is based on the condition that the International Monetary Fund's lending program is implemented in full. Budget transfers to cover the deficit of the Pension Fund each of the years will amount to UAH 141.3 billion. The budget will provide UAH 453 million for land reform in 2018, UAH 132 million in 2019, UAH 297 million in 2020. Receipts from privatization are projected at UAH 17.1 billion in 2018 and 2019, each, while UAH 0.5 billion is expected to be collected in 2020. Budget spending on road construction is planned at UAH 154 billion for the next three years.