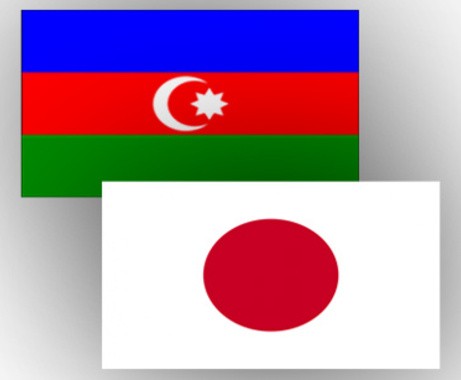 Deputy Minister of Economy and Industry Sahil Babayev made the remark, while meeting a delegation of Japan’s Okinawa Prefecture, headed by economy expert Kazuyasu Ishida and Speaker of Okinawa Parliament Masaharu Kina.

Reminding that Japanese companies have invested $4.8 billion into the Azerbaijani economy, Babayev said that over the past year the trade turnover between the two countries more than doubled and amounted to $558.1 million.

“Azerbaijan, which chooses non-oil sector as the priority for the development of its economy has great opportunities for the expanding ties with the Okinawa Prefecture, which specializes in agriculture, industry and tourism,” the deputy minister explained.

Masaharu Kina, for his part, stressed the importance of meetings to be held in Azerbaijan for the development of bilateral relations.

“The main goal of our visit is to get acquainted with Azerbaijan, as well as to twin the city of Miyakojima in Okinawa Prefecture and Nakhchivan,” he said.

Like Nakhchivan, Okinawa also has a strategically important location.

During the visit, the Japan delegation expects to hold a number of meetings and discuss ways of developing cooperation between the two regions, in particular in the field of tourism, energy and renewable energy.

Since the establishment of diplomatic relations, Japan was one of the first countries to support Baku's forward-looking oil strategy.

Today two major Japanese companies - Itochu and INPEX - are involved in the Contract of the Century.

Leaders of Japanese business, Mitsubishi, Mitsui, Marubeni, and Sojits are involved in energy and infrastructure projects in the country as well.

So far, Japanese companies were involved mainly in projects in the energy sector, but in recent years their interests to cooperate in areas such as petrochemicals, oil refining, energy, medicine, high-tech and space industry have increased.