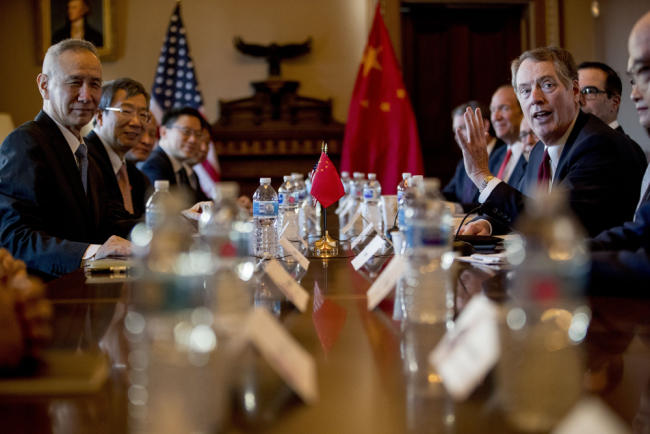 Three main differences remain in the China-U.S. trade talks, including the removal of all the additional tariffs, Chinese state media said on Saturday, following the end of the latest round of negotiations in Washington.

Axar.az reports citing Reuters that, the ruling Communist Party’s official People’s Daily and the official Xinhua news agency said that in addition to the lifting of the additional tariffs, the differences centred on trade purchases and a “balanced” text to any trade deal.

“China will never yield to the United States side’s maximum pressure and will not compromise on matters of principle. China has made it clear to call for the elimination of all additional tariffs to resume normal bilateral trade,” the People’s Daily said.

“China clearly requires that the trade procurement figures should be realistic; the text must be balanced and expressed in terms that are acceptable to the Chinese people and do not undermine the sovereignty and dignity of the country,” it added.

Xinhua, which reported the same three differences, said removing all the additional tariffs was the “common demand” of U.S. business and agriculture, and that both countries needed to show greater patience and perseverance to overcome the difficulties.

U.S. President Donald Trump on Friday ordered the U.S. trade representative to start the process of raising tariffs on all remaining imports from China, with the value of products subject to new round of tariffs at approximately $300 billion.

The United States had already escalated its tariff war with China on Friday by hiking levies on $200 billion worth of Chinese goods in the midst of last-ditch talks to rescue a trade deal.

China and the United States have agreed to hold more trade talks in Beijing, Vice Premier Liu He told Chinese state media in the United States on Friday, following a round of discussions in Washington which he described as “honest” and “constructive”.